Erosion Control – What you Should Know

Erosion is a very significant phenomenon contributing to the depreciation of our natural resources. Its control is very important for maintaining the environmental balance, and also to ensure continued human sustenance. Here are some of the ways in which erosion control can be done.

Erosion is the geological term for the loss of soils and sediments from the crust of the earth. It generally refers to the breaking down or displacement of the soil from one spot and movement to another place. The situation becomes grave if the soils get displaced to somewhere irretrievable, like the bottom of a sea or an ocean. Thus, though erosion technically means only the migration of the soils from the earth’s crust, by implication it means the loss of soils from the face of the earth.

A term quite congruous with erosion is weathering, though the two are quite different. Weathering means the breakdown of natural bodies like mountains, hills, rocks, etc. to smaller fragments to form soils. However, it does not allude to the movement of the soils. Weathering is simply the in situ degradation of the compositions of the earth’s crust, but erosion means the migration of these materials.

In nature, however, weathering is almost always followed by erosion. Weathering of material can take place due to a host of reasons, and then these small fragments are taken over to several places by various agents. Common agents that can cause erosion to happen are wind, water, animals, etc. Even human processes like agriculture can contribute to erosion in a very significant manner.

The repercussions of soil erosion can be disastrous. Different types of Soil is essential for the growth of crops, and large scale erosion can cause a depreciation and even complete depletion of this vital ingredient. Without soil, agriculture would be impossible, and thus, humankind would be bereft of their chief supply of food. As it is, urbanization and deforestation are contributing to a lot of erosion globally, and that’s why we need to make the best utilization and conservation of the soil resources we have left.

Today, erosion is a global problem, with students in the school itself being made aware of the problem. They are also being educated in methods of how to control it. Farmers are being educated in a large way too, and most modern agricultural techniques are designed around conservation and enrichment of the soils.

In combination, these methods are called as erosion control or erosion conservation. There are many general and agricultural techniques that can be used for controlling this depletion.

Growing more trees seems to be the simplest way there’s to stop the soils from being washed away. Trees, especially those with big, sturdy roots, can hold the soils intact. Growing a line of trees around a farm, if possible, are often an honest idea for preventing most mechanical methods of abrasion. tons of afforestation (also referred to as reforestation) activities are being managed on a worldwide scale to preserve the soils. A special modification of this is often the riparian vegetation that’s grown at the interface of any land and water line. The intention is to stop the soils from migrating into the waterline or to stop the water from seeping onto the land and carrying the soils away with it.

In some places, the shorelines of rivers, streams, etc. are mechanically blocked by depositing some kind of rubble at the land-water interface. This becomes a mechanical blockage, preventing the water from eroding the soil on the land. This kind of barrier is colloquially called a riprap. Sometimes, wire baskets are specifically designed and erected at the land-water interfaces, which are known as gabion strips.

The most prominent technique agriculturists use for erosion control is the zero tillage method. This method, also known as conservation tillage, is farming practiced with a minimum amount of tillage. The tillage process, while enriching for the crop, also displaces the soil layers and makes it lose. Such a loose soil layer is more prone to get eroded. Hence, agricultural practices that can produce a good crop without necessitating tilling are being put into use, as a measure for erosion control.

Contour farming is very commonly practiced in sloping land areas. Here, planes of land are constructed by cutting off the land according to its contours. Small plane walls are erected along the contours of the land, which are called as bunds. Agriculture is practiced in the land areas that these contours provide. The main effect of this form of agriculture lies in the fact that the horizontal flatlands and the bunds slow down the runoff of rainwater considerably.

But erosion control is not just about preventing the soil from getting washed or swept away. Methods to enrich whatever soil is present are also covered under erosion control practices. One example is keeping the land fallow as most Asian farmers do. Here, after three or four successive seasons of farming, the land is kept free for one season. During this time, the soil can regenerate some of its nutrients. Another method is to grow a single crop before the main cropping season in order to provide nutrients to the soil. Growing a leguminous crop can provide nitrogen to the soil because these crops can harbor the beneficial nitrogen-fixing Rhizobi in their root nodules. Another example is Mucuna puriens, a crop that adds phosphorus to the soil.

Methods like adding mulch, fertilizers, etc. all contribute to increasing the productivity of the soil and are also covered under erosion control. 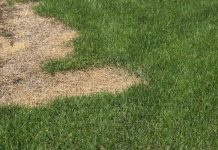 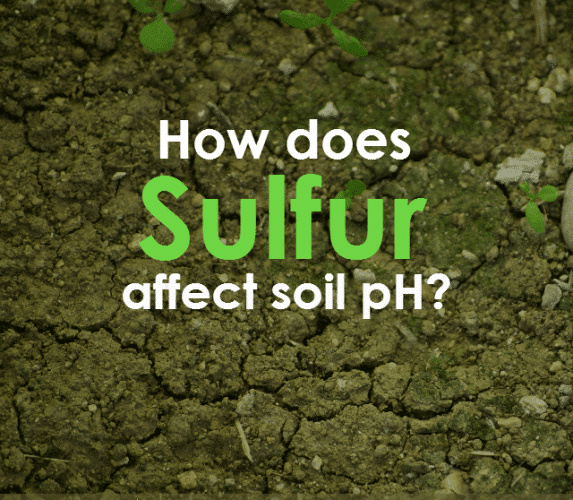 Tap Into the Benefits of Garden Sulfur This Season