If you are looking for a different way to grow plums trees, this is the article for you! Find out how to grow juicy plums tree easily.

There are literally hundreds of varieties of plums grown, some commercially, many experimentally, but even more in home gardens. Thanks to the overall hardiness and adaptability of plums, they’re second only to apples in popularity in gardens. No matter where you live in this country, chances are there’s a plum you can grow.

Although the word “plum” instantly brings to mind the fruit, don’t forget the tree’s ornamental value. Plums bear sweetly perfumed, white flowers in early spring, and, being of fairly small stature, they aren’t likely to interfere with power lines. Bush plums can be used as hedges, foundation plants, or low windbreaks. The fruit also attracts wildlife to the garden, although that may not be your goal if you want to harvest the fruit yourself. Fall color is not the plum tree’s strong point, though: most cultivars produce leaves that turn yellow only very briefly in autumn, then drop off.

It’s always best to find a local supplier of plum stock, if possible, as they can be very capricious plants, doing well on one side of a valley and not on the other. Unfortunately, you won’t know they’re doing poorly until three to five years after planting when they should start to fruit. Ask a local plum grower (the best question: If you had to start all over again, which plums would you choose?) or a nursery employee with experience growing plums tree in your Home Garden.

Most plums sold today are grafted, but home gardeners in severe climates would do better to choose their own-root plums. That way, if it dies back to the ground during an abnormally cold winter, the tree that sprouts from the base will be the chosen variety. In cold climates, cover the graft union with about eight centimeters of soil so the tree can produce its own roots. (Plums are grafted at the base.)

A cross between American plums and bush cherries (small-fruited, shrubby plums), cherry types bloom a bit later than most plums so are more likely to survive a late spring frost. They’re about three meters tall and bear small, red fruit with yellow to red flesh. ‘Convoy’, ‘Opata’, and ‘Manor’ do well in Zone 3.

Plums do best in rich, moist but well-drained loam or clay loam in full sun. Anything that will delay their blooming will be useful in areas where late frosts are likely: a large body of water, large snowdrifts that melt slowly, or a site on the north side of a hill.

Most plums are grown as trees, although the American species can also be grown as a shrub. To create a solid, productive tree, prune out weaker branches and lightly cut back a few stronger ones in spring for the first few years. This will force branches to grow in girth rather than length and to form a solid trunk.

After two or three years, the tree should be well-formed; after that, simply remove water sprouts, cut back overly vigorous leaders or branches, and thin out weak or crowded growth to ensure good air circulation. Since plums produce fruit on spurs (short sprouts that remain active from year to year), don’t methodically prune out only old wood, although less productive wood can be removed.

Plum trees are more popular in the subtropics and can be found in temperate zones. They usually grow from a single trunk and have large, straight branches. They have more than 2,000 varieties of plum trees with different colours, flavours, and textures.

The European plum tree is a deciduous tree that grows up to 30 feet tall. It has dark green leaves with white bark and grows best in cool areas such as England or Norway.

The Asian plum is an evergreen plant with small flowers at the ends of its stout stems. It can grow to 40 feet.

The Asian plum tree is a fruit tree native to southern China, Taiwan, and northern Indochina. The tree bears edible fruit that is known for its distinctive shape and taste.

South American plums trees: Plum trees grow in the region from the low deserts of southern Mexico to northern Argentina. They grow in dry areas and can thrive with little water.

After the end of World War II, the United States thrived on agriculture. To provide organic food for domestic and international markets, American farmers began planting plum trees in the region from which they were derived. This has led to a rise in demand for these plums that have been driving up their price significantly over the last decade.

North American plum trees have been cultivated for centuries. The trees grow from five to six hundred miles from the Canadian border to northern Mexico.

North American Plum Trees have a high demand due to their tart and juicy taste. They are used in baking, jams, preserves, and other products that require a sweet flavour. The trees are also used as ornamental plants because they have beautiful blossoms during the summer months.

Shrubs don’t need as much pruning: remove any winter damage and cut four- or five-year-old branches to the ground to stimulate new growth from the base.

For both types, cut-out suckers appearing from the roots in any season; American plums, for example, produce veritable jungles of them. You may also have to thin the fruit during years of heavy production to keep the branches from breaking under their weight. Then when the fruit is still small, then again as they grow if the branches start to bend. To thin, simply pull off excess fruit with a twisting motion, leaving one plumper cluster.

Each autumn, rake up fallen leaves and fruit, which can harbor insects and diseases. Then apply a seven- to a 10-centimeter-thick layer of compost or organic mulch to 30 centimeters beyond the tree’s canopy, adding a slow-release or organic fertilizer beforehand if the soil is naturally poor (usually a rapidly decomposing mulch will supply all necessary nutrients). Don’t work amendments in, as this could damage the roots. Studies show plums do best without root competition, so keep the area free of grass and weeds.

If you’re looking for a few new trees for a home orchard, or even if you want a tree or shrub that can do double-duty as an ornamental, consider plums. They’re well worth the small amount of space they take up and, when properly cared for, will provide pretty blooms and bushels of delicious fruit each year.

Here are some of the most common plum problems and how to treat them:

Symptom: black growths on branches.
Treatment: buy disease-free stock. Apply sulfur spray every two weeks from early spring to mid-June: stop temporarily when the plum is in bloom. Cut off knot 10 to 15 centimeters below its base, sterilizing pruning shears between cuts. Burn or bury prunings. Remove wild plums and cherries within 200 meters.

Mites and thrips, for example
Treatment: Spray with dormant oil in late spring. Spray with insecticidal soap when insects are seen. Don’t apply while the tree is in bloom, as this may kill pollinators.

The plant is a stone fruit, so-called because it has a pit; it’s closely related to cherries, almonds, peaches, and apricots, which all share the botanical name Prunus. The main species of plums are as follows:

Most are very hardy and bear juicy fruit of variable sweetness or tartness. You’ll need more than one cultivar, as the trees are not self-pollinating.

The species include Canada plum (P. nigra) and American plum (P. americana); both are native to eastern and midwestern North America as far northwest as Saskatchewan and bear small yellow to red fruit. While the two are similar, American plum fruit is partially coated in bloom (the whitish powder that gives plums their waxy appearance).

The tree is also very thorny and tends to sucker and form dense thickets. The Canada plum has shiny skin, and some cultivars are thornless. It’s more upright and treelike, usually with a distinct trunk. Both species can reach six to nine meters tall and are hardy to Zone 3; selected cultivars survive to Zone 2. Among the hardiest are ‘Dandy’, ‘Mammoth’, and ‘Norther’ (they’ll resprout if they die back to the ground during a harsh winter), though ‘Bounty’ may be the hardiest plum of all, to Zone 1.

Not closely related to other plums, these can’t be crossed with other species. Plums of European origin have very sweet, firm flesh and are freestone (the flesh doesn’t cling to the pit). Many are considered self-pollinating, but you’ll usually have better fruit production if you grow more than one cultivar.

By far the most commonly grown species is P. domestica, which reaches five to six meters tall. It’s the most popular of all the plums grown in home gardens in Canada, despite its limited hardiness (most are Zone 5) and poor disease resistance.

These are the smaller, purple-skinned, oval plums most commonly found in supermarkets, although there are also yellow cultivars. Fortunately, hardier types have been developed, making it possible to grow European plums in Zone 4. Among the latter are such popular varieties as ‘Mount Royal’ and ‘Reine Claude’.

The other European species is the damson plum (P. insititia), with smaller, tarter fruit produced on a 10-meter-tall tree. It’s possibly the best plum for preserves, but few damsons are hardy below Zone 5. The ones grown in Canada are mostly varieties imported from Europe generations ago, such as ‘Mirabelle de Nancy’ and ‘Damson’.

P. salicina is, in theory, the least hardy species—suited to about the same climate range as peaches (Zone 7, or possibly 6)—but there are now much hardier selections of this eight-meter-tall tree available, some even to Zone 3.

They’re the large, red-skinned plums on the supermarket shelves with the oh-so-juicy red or yellow flesh, although some have yellow or black skin. Some of the hardiest are ‘Brookgold’ (Zone 2), ‘Shiro’ (Zone 3), and ‘Tecumseh’ (Zone 3). Japanese plums are not self-pollinating, so two cultivars will be needed.

They’re also known as Japanese-American plums, which better describe their origins. They combine the features of both species: the larger fruit of the Japanese and the hardiness of the native. There are nearly 50 cultivars available, so the choice is vast.

Hybrid plums have one major flaw, though: they’re not self-pollinating and are poor pollinators. Even planting two different cultivars side by side won’t help much. For good production, you’ll need to grow a native plum as well. Here are a few of the hardiest hybrids: ‘Patterson’s Pride’ (Zone 2), ‘Perfection’ (Zone 2), and ‘Superb’ (Zone 2b). 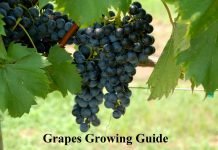