Brown rot is a fungus disease that attacks the roots of fruit trees. This disease affects the tree’s ability to take up water and nutrients from surrounding soil, weakening its health and eventually killing it

Brown rot is a major disease of all commercially grown stone fruit and can cause major crop losses in peaches, cherries, plums, prunes, nectarines, and apricots. The fungus, Monilinia fructicola, can infect the blossoms, fruit, spurs (flower and fruit-bearing twigs), and small branches. Favorable weather conditions can lead to fruit infections causing entire crop loss on the tree or in storage. Improved disease management strategies and the availability of more effective fungicides have reduced disease losses, however, it is still critical to carefully manage this disease, especially just before ripening, during, and after harvest of fruit. Blossom infections not only reduce fruit set but increase the inoculum available for fruit infections later in the season. Infected flowers (Fig. 6) turn brown, wither, and die. In some instances, they may become fixed to twigs as a gummy mass, in others, they may drop. Susceptibility to blossom blight is variable among the stone fruit with apricot being the most susceptible, followed by prune, sweet cherry, peach, sour cherry, and plum, respectively. Controlling blossom infections is key to managing the development of the disease in the orchard.

Brown rot infections on fruit first appear as soft brown spots that rapidly expand and are covered with powdery masses of tan-colored spores (called conidia) (Figs. 1, 2, 3, 4). Infected fruits rot very rapidly, and shrink into a wrinkled “mummy” as it dries on the tree (Fig. 5). Both immature and mature fruit infected with brown rot tends to remain on the tree. In some areas, latent fruit infections may occur, which become active as the fruit ripens. These latent infections have not been reported in the Eastern United States, except on plum.

If infected blossoms do not drop off, the brown rot fungus may grow through the flower stem (pedicel) and into the twig below. Twigs develop elliptical cankers with profuse gumming at the margin between diseased and healthy tissue. Leaves on these infected shoots turn brown and wither, but remain attached. In some instances, twigs are girdled and killed. During wet weather in May and June, the fungus sporulates on the surface of infected twig cankers. These summer spores are easily detached and are carried by wind, rain, or insects to developing fruit. Cankers enlarge from season to season, and sporulation may continue on large cankers for 4 years or more. Existing cankers may be colonized by more aggressive canker fungi such as Leucostoma spp.

Signs (visible presence of the pathogen) –

Under wet conditions, powdery tufts (sporodochia) of brown-gray spores (conidia) are visible on the outside of infected flower shucks, and on infected fruit or twig surfaces. These tufts may occur in concentric rings on fruit surfaces (Fig. 7).

Monilinia fructicola overwinters in dried infected fruit, called mummies, or in infected twig and branch cankers. Mummies remain hanging in the trees or scattered on the orchard floor during the winter. Both may produce spores which infect blossoms and young fruit in the spring. Two types of spores are possible: ascospores and conidia. Ascospores are produced from apothecia, a mushroom-like structure that occurs only on mummies which have fallen to the ground and are partially covered with soil. Apothecia are much more common in the southeastern United States and are rarely observed in New York. Conidia are produced in abundance on mummies and infected twigs and may be spread by wind and rain. If a film of water on blossom surfaces from dew or rain is present for 5 hours or more, spores germinate and penetrate plant cells, causing infections. Although conidia can germinate and infect at temperatures between 32 and 90° F, temperatures ranging from 60 to 70° F, in combination with wet weather, favor disease development. However, serious blossom blight may also result in lower temperatures if prolonged wetting periods occur. Any type of injury will provide a point of entry for the brown rot fungus: hail damage, insect feeding wounds, bird pecks, fruit cracking, limb rubs, twig punctures, picking/packing injuries.

Most varieties of stone fruit are susceptible to various levels of degree. Follow the link to Resistant Peach Cultivars for brown rot resistance ratings on peach.

Sanitation is critical to effectively controlling brown rot in high-pressure orchards. Mummied fruit and cankers should be pruned during the dormant season and either burned or buried deeply in the soil. Removing wild or neglected stone fruit trees around your orchard will reduce the reservoir of spores capable of infecting blossoms and fruit.

During the season, it is important to remember that fruits thinned after pit hardening are more likely to become infected on the orchard floor than those thinned prior to pit hardening, thus thinning should be done as early as possible. Finally, remove and destroy all dropped and rotted fruit from the orchard floor, and overripe or rotting fruit from packing sheds to reduce fruit infections on stored fruit.

Fruit-feeding insects create wounds for brown rot infections. Controlling plum curculio, oriental fruit moth, and tarnished plant bugs can minimize this damage. Take special care during harvest and packing not to puncture or bruise fruit as these injuries will also serve as entry sites for the pathogen. Cooling or refrigerating fruit to as close to 32° F as possible after harvest will slow the development of the pathogen in storage.

Proper use of both protective and systemic fungicides protects flowers and fruit and reduces both the amount of sporulation on infected tissue and sources of overwintering inoculum. In all cases, SI fungicides should not be used routinely throughout the season for BOTH blossom blight and fruit rot control. Refer to the Pest Management Guidelines for Commercial Tree-Fruit Production for details.

Apricots are the stone fruit most susceptible to blossom blight. At least one protective spray should be applied each year, and repeated at full bloom and/or petal fall if warm wet conditions exist during bloom. A shuck split application is also important.

Blossom blight is much more serious on sweet cherry than on sour cherry. Sweet cherries (not sour) are also very susceptible to infection the first few weeks after fruit set, and a petal fall spray is recommended if the weather is warm and wet. Superior brown rot fungicides should be used on sweet cherries during the 3-week interval before harvest if disease pressure is high.

Brown rot on peaches is More than one blossom blight spray is rarely needed unless disease pressure is high. Petal fall applications are necessary only if a prior brown rot spray was not applied, and conditions continue to be warm and wet. Fruits are very susceptible to infection 1-3 weeks after shuck split, so shuck split and first cover sprays are important, especially in wet weather.

If large numbers of fruit were left unharvested the year before, or conditions are warm and wet, blossom blight may be a problem. Lower temperatures with prolonged wetting periods may also result in infection. If not, direct white bud, bloom, and petal fall spray at black knot instead. Plum fruit appear to be very susceptible for the first few weeks after setting; shuck split and first cover sprays are important. 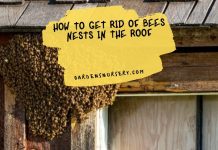 How to Get Rid of Bees Nests in the Roof 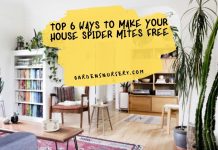 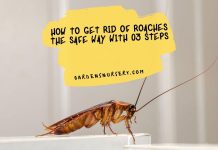 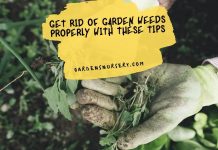 Get Rid of Garden Weeds Properly With These Tips