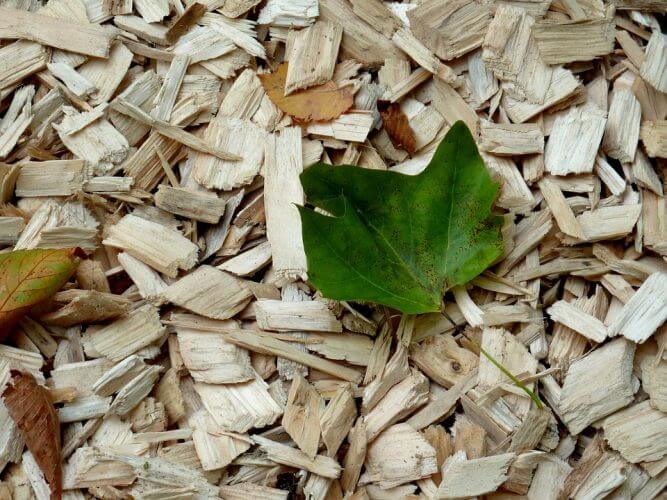 I’ve always believed that no matter what you do in life then you should use a common-sense approach. So as far as gardening goes it stands to reason that common sense should also prevail. Having said that, it never amazes me how some so-called gardening professionals appear to have no idea about common sense gardening.

In a recent post, I wrote about how I go about making your plants more drought tolerant. Mulching is an important part and what I’ve tried to do is approach this topic with a bit of common sense.

Now before I explain how I go about mulching it’s probably best to explain my comment about some gardening professionals not having common sense. In this case, I’m talking about the gardeners that work for the local council. Take a look at the photo below.

At first glance, it appears as if these trees have been mulched so that after it rains the mulch keeps the moisture in the soil where it should be, so it isn’t evaporated by the sun and wind. Of course, that is the intention.

But here’s the problem. How much rain do you think we would need to get before the water penetrates the mulch and gets to the soil below? This organic mulch in the photos is made of shredded bark chips, looks to be about 15cm/6inches thick, and is porous. Every time it rains some of the rainfall, if not all will get absorbed into the mulch. So here we have mulch that has been applied to keep water in but what in effect it does is keep water out.

And here’s the real problem, where I live in the USA the last time we got more than 5mm of rain in one downpour was 9 months ago (yes, summer). Back then we got about 70mm over 2 days. Since then we get rain showers that deliver anywhere from 1 – 5 mm at a time. So how much of this water do you think has gotten through any of this mulch and anywhere near the soil. Not much I’ll bet.

Now I have to suppose that you can’t be too critical about the way this mulch has been applied. Ever since I can remember all the experts seem to agree that you need to apply 10-15cm of mulch to avoid evaporation and of course in a perfect world that’s the case. Where I live was once a high rainfall area so in the past applying thick organic mulch was the obvious solution. For the last 10 years though we’ve had below-average rainfall so to keep the water in you first have to get enough rainfall to penetrate the mulch.

So in this instance what’s the answer?

Well, I suppose it’s not that easy but to start with why not just place the mulch a little bit thinner so that the water can get through it. Secondly, plant more drought-tolerant trees. Now I’ll pat the council on the back here as they have planted quite a lot of drought-tolerant Australian native trees such as Angophoras and Eucalypts. So most of the street trees are doing ok, but I have noticed there are a few from colder climates as well so it will be interesting to see how they perform. The ones in the picture I will keep an eye on. It will be interesting to see how they survive over the next summer.

So How Does this Relate to the Home Garden?

Now I’m not going to come straight out and say don’t use organic mulch in the home garden because there are many benefits from doing so.

1. Organic mulch rots down into the soil providing nutrients for your plants.
2. It’s a great way to get rid of the compost that you’ve made from all your gardening prunings and vegetable scraps.
3. It’s also great for moisture retention and keeping the soil cool on a hot day.
4. It’s cheap to buy or make yourself.

There are many benefits to using organic mulch but one thing that it doesn’t do easily is let the rainfall penetrate the soil below. Remember a certain amount of rain is sacrificed as it is absorbed into the organic mulch first. The amount of water that is absorbed is dependent on the type of mulch you use and how thick you apply it but the water will only ever penetrate it once it has saturated the mulch first.

That means that your soil will miss out on some of that scarce rainfall.

Now if you get lots of rainfall that’s ok but if you don’t get very much you have to ask yourself if you are depriving your plants of water. The other thing about organic mulch is you have to be careful to keep it away from the base of the trunk of your plants. I once had a Grevillea Long John which grew into a rounded shrub of about 2.5 min 3 years. One day in a strong wind the plant nearly got blown away.

When I looked it had been broken off at the base of the trunk because it had gone rotten from organic mulch being piled around the trunk. So be careful to keep wet mulch away from the truck of your plants.

Read More: Why Organic Materials Are Best For Gardens

So What’s The Other Side to the Argument?

What I use in my garden are 20mm stones and here’s why I use them;

1. I reckon they look great in a modern garden,
2. The blackbirds don’t make a mess while searching for worms,
3. You don’t have to replace it as it rots into the soil,
4. And of course, the obvious one is that it lets the water in when it rains.

Of course, though there are some downsides to using stones, gravel, and pebbles.

1. They don’t keep the moisture in the ground or the soil cool as well as organic mulch does
2. Stones don’t rot into the soil and provide nutrients for the soil
3. They can be environmentally unfriendly especially if you are using river pebbles taken from a natural habitat,
4. They can be quite expensive to purchase.

Read More: Top 10 Benefits Of Using Mulch In Your Garden

Here’s How I Get Around these Problems

So there you have it, both sides of the story. Whichever type of mulch you choose to use is up to you and the needs of your garden. Having said that there’s one thing that all gardeners would agree on, the most important thing is that you do mulch. 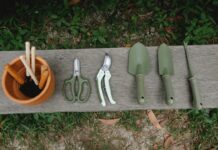