Sprinklers are the unsung heroes of many lawns, gardens, and complex farming systems. An effective sprinkler system will provide hydration to a large area consistently, all the while reducing the amount of wasted water and keeping it at a minimum.

That being said, sprinkler systems require maintenance and can fail from time to time. We’ve put together this short guide in an effort to familiarize you with some of the common signs that your sprinkler system needs to be repaired. Let’s dive right in!

Even coverage is one of the most important factors when it comes to maintaining a healthy garden or a lawn. In fact, even the spread of water is the main job of your sprinkler system. If you notice that some areas of your garden aren’t getting the water they need, it’s time to take a closer look at the sprinkler system.

There are numerous reasons why you’re getting parched areas and uneven coverage. Things such as faulty sprinkler heads are a good place to start with your troubleshooting process.

However, this issue can be a bit more complicated than that. Uneven coverage can also be a result of improper sprinkler head setup. In some cases, all you need to do is adjust the sprinkler head a little.

One of the more common symptoms of sprinkler system issues is a higher than normal water bill. If your sprinklers are usually on for a long time, and you have a leak somewhere in the system, you can potentially lose a lot of water without noticing. Even the smaller leaks have the potential to push your water bill well into the redline.

In many cases, it’s easy to diagnose the issue as all you need to do is follow the waterline and look for leaks in the system. However, in some cases, you might need a professional to come in and inspect your entire irrigation setup.

When looking for professional help, don’t limit yourself to your immediate neighborhood. If you live near Salt Lake City, definitely expand your search to technicians doing sprinkler repair in Salt Lake City itself. The same applies to other cities and areas around them. Put experience and performance above proximity and price. That’s the best way to avoid recurring issues in the future.

Low Pressure In the System

The lack of pressure in the system can be caused by a number of things. Generally speaking, this issue is often more difficult to diagnose than a leak in the system. That being said, a big enough leak is definitely on the list of problems that cause a drop in pressure.

What you’re looking for are obstructions in the system, clogged lines, low source pressure, and more. Again, this is an instance where it might be best to call a professional and have them do a thorough inspection of the entire system.

You could be dealing with a tree root that has penetrated one of the underground lines and caused an obstruction. Unless you know what you’re looking for, it would be difficult to diagnose this issue. However, a pro would generally be able to quickly run through the troubleshooting sequence and deduce the cause of the low pressure in the system.

Most garden and lawn irrigation systems are designed to provide sufficient water to an area without your supervision. Many people leave their sprinklers on while they are away, sometimes for numerous days. Having your sprinkler system malfunction in a way that makes it run all the time can lead to a massive water bill at the beginning of the next month.

Issues that often cause a failure to shut off include broken or malfunctioning valves, valve solenoids, and diaphragms. The repair process isn’t difficult, but you’ll definitely want to catch this one on time.

Sputtering sprinklers can cause all kinds of damage to your property. Just like the lack of water is not ideal for plants, neither is a surplus of water, especially when it’s concentrated in a small area. Sputtering sprinklers could cause exactly that. If you find that some areas of your lawn or garden are becoming over-saturated with water, you could be dealing with a sputtering sprinkler.

The issue with this particular problem is that it can be caused by a whole array of things, including but not limited to many of the mentioned issues above.

Many modern sprinkler systems use electrical wiring to distribute power to various critical components. When wiring gets compromised due to exposure or physical damage, it can cause numerous phantom issues that can be difficult to diagnose.

Alternatively, faulty wiring can also cause the entire sprinkler system to fail altogether. Basic maintenance should help with this issue, especially if you’re proactive with sprinkler system inspections. Wiring that is exposed and affected by the elements can be diagnosed before it becomes a serious problem.

Modern sprinkler systems are rarely simple, rudimentary means of irrigating a lawn or a garden. Modern sprinklers are complex and require regular maintenance. With more moving parts and individual components, it’s only normal for things to fail from time to time. When that happens, it pays off to have a sprinkler system repair crew on speed dial.

That being said, many of the sprinkler issues can be prevented with consistent maintenance and regular inspections. The key is to be vigilant and anticipate potential problems. Knowing your system helps as well. Be aware of where your critical components are and how the surroundings are affecting them.

Don’t plant trees on top or very near your irrigation system because you’re risking having to deal with roots entering your pipes. Lastly, if your system develops a serious problem, do yourself a favor and call a professional. 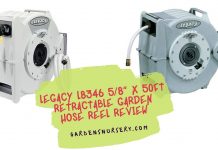 Watering Your Garden: The Dos and Don’ts 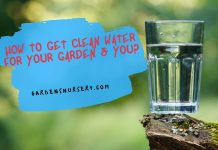 How to Get Clean Water For Your Garden & You? 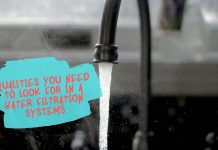 Qualities You Need to Look For in a Water Filtration Systems 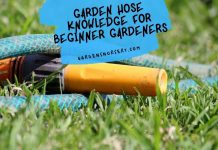