The soil is a natural body synthesized from a mixture of broken and weathered minerals and decaying organic matter that provides support and sustenance for vegetable plants. The soil consists of four major components: mineral matter, organic matter, air, and water. The relationships between these four constituents and the types of mineral and organic material determine the suitability of soil for producing vegetables. The properties of soil are divided into two major groups: physical properties and chemical properties.

Soil’s physical properties are governed by three major factors: the type and size of soil particles, the structure of aggregates of those particles, and the type and amount of organic matter in the soil. The most dominant factor in a soil’s physical properties is the size of the individual mineral particles. The differently sized particles are grouped in separates according to USDA standards in the following table.

There are three major groups of clays. Kaolinitic clays are six-sided flat crystals formed in highly weathered soils. Smectites, or montmorillonite clays, are more complex, flat crystals that form in younger soils. Illicit clays are found only in young soils. Although these three clays may have particles the same size, they have different properties. Smectite clays are made of two layers or sheets of crystal units loosely held together. When these clays get wet, the sheets get farther apart.

When these clays dry, the sheets get closer together. The ability of clays to undergo this transformation is called their shrink-swell capacity. The soil’s ability to pull the plant roots apart during dry spells makes growing vegetables on soil with a high shrink-swell capacity difficult. Illicit clays also are made of two sheets, but potassium ions between the sheets do not allow the clay to swell. Kaolinite has only one layer and is not subject to the shrink-swell phenomenon.

Wet silt tends to have a film of water around each particle, and this water acts as a lubricant, allowing each particle to slide past another. For this reason, predominantly silt soils have little load-bearing strength when wet. Silt soils also tend to form a fragipan, a layer of dense, compacted soil 12 to 24 inches below the surface. This dense layer restricts water and air movement and prevents root penetration, even of trees.

Reflecting its name, the fragipan shatters when horizontal pressure is applied. Inexplicably, it is found in sites with no vehicular traffic.

Sand is the largest of the soil particles. In the Southeast, most sand is made of quartz. The individual particles or grains can be irregularly shaped and jagged, or they can be smooth and almost round. Sand is very important to vegetable growers since the sand grains are separated by relatively large voids, which allow the movement of air and water. Sand grains also provide soil that is resistant to compaction because of their large size and toughness.

Individual soil particles tend to flocculate into aggregates because of chemical and physical attractions. Cations such as calcium, magnesium, and aluminum with more than one positive charge act as an electrostatic “bridge” to bind two negatively charged clay particles together. Limestone is added to acid soils to replace singly charged hydrogen ions on the clay particles. This has a beneficial effect on the soil pH, and the calcium improves soil structure by binding together the clay particles. The improved structure forms larger voids, which increase air and water movement through the soil.

Soil names are based on the amount of sand, silt, and clay found in the surface horizon and on the physical and chemical properties of the subsoil. The textural triangle gives the terms used to describe various mixtures. The best soils for vegetable production are found in the left corner of the triangle—those with at least 40 percent sand and less than 20 percent clay. Vegetables can be grown on any soil, but better management techniques are required on less-than-ideal soil.

Soils are not uniform throughout their depth. In general, the surface layer or horizon will be higher in organic matter and lower in clay than the layers beneath it. The fragipan is an example of a special horizon. The top layer is called the A horizon; the second layer, which is normally higher in clay, is called the B horizon; and the C horizon is found above unweathered material.

Soil series are separated by the properties of their subsurface horizons. Soil types are soil series separated by the texture of the surface horizon. This naming system indicates that a spot on a soil map marked “Arredondo sandy loam” would be an excellent site for a vegetable field because of its deep, well-drained characteristic. Soil maps exist for most counties in the United State and are available from the Farm Service Administration.

Organic matter is comprised of the remains of once-living tissue such as animals or plant roots, stems, or leaves. Although in Mississippi organic matter normally accounts for less than 1 percent of the soil’s volume, it is important. It enables individual soil particles to bind together into aggregates, it contributes to cation exchange capacity, and it provides the water-holding ability.

Humus is an organic matter that is decomposed past recognition. Although hummus is important to the soil, it is relatively short-lived and must be replaced constantly by the action of microorganisms on undecomposed material.

Water-holding capacity is the ability of soil to retain water against the pull of gravity. Smaller particles have a higher water-holding capacity because of the large surface area per unit of volume. Water is retained by surface tension. Surface tension is displayed in the beads of water that form on the outside of a cold glass. Until the beads gain enough weight to overcome the force holding them to the glass, they seemingly will defy gravity. Surface tension causes an interesting phenomenon in soils.

Water will not move out of a small diameter void into a large diameter void until the force of gravity overcomes the surface tension. Therefore, soil with a mixture of large and small particles may have a higher water-holding capacity than soil made up only of small particles.

Cation exchange capacity, or CEC, is the ability of a soil to retain positively charged ions. Since potassium, ammonium, calcium, magnesium, zinc, iron, copper, and manganese exist in the soil solution as cations, the soil’s ability to hold onto these is important for the health of a plant. CEC is determined almost entirely by the amount and type of clay and organic matter in the soil.

Kaolinitic clays have a CEC of 5, while illicit clays may be as high as 20, with smectites as high as 80. Humus has a CEC of 200. The ability of these colloids to hold onto cations results from the negative charges that arise from broken edges on clays and organic acids in organic matter. Cations are bound to soil particles and move very little with water.

Soil pH is a measurement of the amount of acidity in the soil solution or the water part of the soil. Technically, it is the negative logarithm of the hydrogen ion concentration. Vegetable growers should be aware that there is 10 times more acidity at pH 4.5 than at pH 5.5. To neutralize acidity will require 10 times as much limestone in pH 4.5 soil as in pH 5.5 soil. On the scale, pH 7 soil is neutral.

Numbers larger than 7 indicate basic or alkaline soil; numbers less than 7 indicate acidic soil. Soil pH has a dramatic influence on nutrient availability. The following chart shows nutrients are most available at pH levels between 6.5 and 7.5. Commonly grown vegetables in the Southeast prefer slightly acid soils. The proper pH range benefits both the vegetable crop and the soil microorganisms. If the soil is outside the pH 5.0 8.0 range, soil-dwelling bacteria and fungi cannot survive and fulfill their roles in decaying fresh organic matter.

Apply limestone whenever the soil is too acidic. Liming prevents manganese toxicity. Normal levels of manganese in Mississippi can become toxic to plants if the soil pH is below 5.2. Finely ground limestone may react with the soil in 1 month, but it sometimes takes 3 months for full benefit. Dolomitic limestone can be used if low soil magnesium levels have been identified.

Soil for vegetable fields should be sampled and sent to a laboratory for testing at least every other year. Testing gives the vegetable producer information on the available nutrient level in the soil. This information is necessary for proper liming and fertilization schedules.

Soil can be improved by enriching it minerally or organically.

Organic enrichment is the result of decomposed vegetable matter or animal dung.

These help to lighten the sticky or clayey soil by loosening it up.  Sandy soil, unlike clayey soil, improves the liaisons between the elements of which it is composed.

Top 12 Tips for Keeping Dogs Safe in the Garden

How To Make Your Plants Thrive In Every Weather Condition 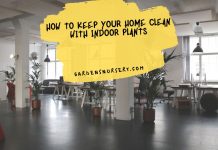 How to Keep Your Home Clean with Indoor Plants 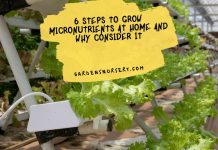 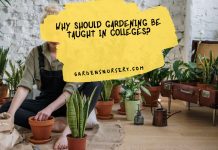 Why Should Gardening Be Taught In Colleges? 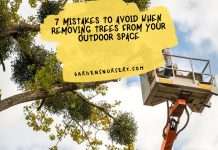