Wild Mushrooms – How to Forage for Mushrooms

It’s a cool, rain-soaked Saturday in October. Instead of sitting by the fire, I’m bundled up in rain gear tramping through the overgrown forest of the Cowichan Valley (about an hour north of Victoria) with 19 other similarly clad adventurers. Led by French-trained chef and mycologist Bill Jones, we’re foraging for the first wild mushrooms of fall: chanterelles, cauliflower, and lobster mushrooms.

While some, such as morels, are more plentiful in spring, it’s the wet, cool fall weather that produces the most abundant crops. Mushrooms are found throughout Canada—from Newfoundland and Labrador’s parks to the coastal forests of British Columbia—in grasslands, on trees and stumps, in bogs and marshes, on the burnt ground, even on other fungi.

The History of Picking your Wild Mushrooms

Mushroom foraging has a long history in Europe, where it’s regulated and government agents are frequently on hand to help identify different varieties. In Canada, there are few regulations. You can’t forage in a national park, on private property, or in some provincial parks. (The rules vary; check to be sure.) However, picking is allowed on Crown land—although there are no government officials to identify mushrooms; responsibility rests with the individual. That, coupled with some old myths, may leave people wary.

“We’ve been raised on stories of toadstools and poisonous mushrooms, and that’s what comes to mind when people think of [foraging],” explains Jones, author of The Savoury Mushroom.

True, a small percentage of varieties are poisonous and some can be difficult to distinguish from their benign counterparts. But, by following certain rules (see “Code of Conduct,”) and by being extra cautious, foraging is a great way to partake of nature’s bounty.

Avoid small, emerging mushrooms, as well as large, rotting specimens; pluck (or cut off at ground level) only healthy, mature ones. Gently wipe away dirt and examine the plucked end for small, brown wormholes or lines. Keep only insect-free mushrooms.

Because mushrooms don’t contain chlorophyll, cultivating them is a little different from what’s required for green plants. The fastest and easiest method is to buy an indoor grow block or kit—usually about $30.

Kits are available for a limited variety of mushrooms, sold individually because each type needs a specially formulated growing medium, called a substrate. But no matter which species you order, indoor growing requirements are the same.

The blocks—which weigh about 3.5 kilograms and are compact 15 by 22 centimeters—need to be placed in a humid area (somewhere between 80 and 95 percent relative humidity) with a temperature range between 12 and 20˚C; so avoid the main part of your home or greenhouse.

“The average house is usually too dry in winter,” says Bill Wylie, president of Wylie Mycologicals in Wiarton, Ontario, “while greenhouses get too much light and tend to be too warm in spring and summer.” Instead, he recommends a damp basement or garage. Since mushrooms grow naturally in wooded areas, he suggests people mimic those conditions by giving the fungi dappled light for part of the day. Strong, direct light can produce deformed specimens.

Also, avoid watering. “If you water, you risk introducing bacteria and contaminating the block,” explains Wylie. Instead, maintain constant levels of humidity in the room. If that’s a problem, boost the moisture level with occasional misting, or tent a plastic dry cleaner’s bag punched with holes over the kit—just make sure the plastic doesn’t touch the growing block.

A few days after starting, dot-sized growths will form on the surface of the block; a week later, you’ll be harvesting mushrooms. An average block, which yields more than one harvest, will produce about one kilogram in total.

Mushrooms can also be grown outside in the garden. “They’re incredibly beautiful and highly underrated garden plants,” says Roseanne Van Ee, an interpretive naturalist who runs fall mushroom “safaris” through Outdoor Discoveries in Vernon, B.C. “There’s a whole range that people can introduce to the garden and enjoy as accent plants or prized edibles.” But be patient; it may take a year or more for mushrooms to fruit.

It’s also possible to order mushroom spawn (ready-to-grow fungal spores—sometimes included with a soil medium and manure—used as a starter) or logs plugged with spawn to place in the garden. As a rule, the spawn is the best to spread in spring, but when to spread it or lay logs and how to care for outdoor mushrooms depends on region and microclimate.

The logs must remain undisturbed while the spawn grows, which can take up to two years. When ordering them, ask if the logs are ready to fruit or whether they need a period of rest.

If they are ready for fruiting, you can “shock” the logs by soaking them in cold water for 48 hours before putting them in the garden (in 60 to 80 percent shade). Or put the logs out dry and let nature do the work. Wet, warm spring weather is usually enough to encourage fruiting; light watering may be necessary, however, during prolonged dry spells.

In that sense at least, growing mushrooms is like gambling on anything else in the garden—only with a bit of luck, this gamble may pay off in delicious dividends.

Mushrooms begin deteriorating as soon as they’re picked. Washing them speeds up the process (and causes them to retain water and lose flavor). To clean, gently wipe the cap and stem with a paper or cloth towel, or use a mushroom brush.

Refrigerate small quantities in a paper bag. Larger hauls should also be refrigerated but placed in a well-ventilated basket lined with a dry paper towel and covered with a damp cloth or more paper towels.

Depending on the type of mushroom, drying, freezing and even canning are options for longer preservation. Freezing suits meaty, fibrous mushrooms such as buttons, boletes, and chanterelles. Drying also suits these varieties, as well as morel, oyster, hedgehog, and pine.

Follow these tips on foraging to get the most from your outdoor adventure:

Forage only with an experienced guide. Find one through local mycological societies, which may host trips.

Use a reputable field resource (one specific to your region), but don’t rely absolutely on pictures; differences between fungi can be subtle. When in doubt, always leave it behind.
Avoid foraging on industrialized farms, roadsides, or lawns where commercial fertilizers, pesticides, or herbicides might be used. “Mushrooms absorb toxins and pollutants,” explains mycologist Bill Jones. “They’re an excellent indicator of environmental health.”

Do not trespass on private property.

Bring a sharp knife for cutting, and baskets or bags (paper or cloth) for collecting. Plastic causes mushrooms to sweat and rot.

Bring a cloth or soft brush for cleaning as you go.

Right: Bolete e.g., king bolete a.k.a. porcini or cepe (Boletus edulis). Where to look: Near oak or pine trees. The non-toxic king bolete has a distinctive swollen appearance. Some species are poisonous: e.g., devil’s bolete a.k.a. Satan’s mushroom (B. Satanas). Never eat boletes that have red or orange pores.

Right: Puffball (Lycoperdon spp. and Calvatia spp.). Where to look: Open woodlands, pastures, barren areas, lawns. Edible when young; toxic when mature. Cut in half to ensure inside is completely white and uniform. Can be confused with poisonous death angel, or destroying angel (Amanita virosa).

Right: Pine a.k.a. champignon du pin, matsutake (Tricholoma). Where to look: At higher altitudes in stands of Douglas fir, as well as pine forests. Fresh mushrooms have a cinnamon-like scent. It can be mistaken for the poisonous Amanita smithiana, which does not have a spicy odor. Photo by Tomomarusan.

Left: Wood blewit (Clitocybe nuda syn. Lepista nuda). Where to find: Among or under fallen tree needles or wood chips; sometimes hidden in fallen leaves. Bluish purple when young; matures to a dull brown. Some species, including ivory funnel (C. dealbata), are poisonous. Wood blewit can be confused with the toxic Cortinarius species (silver-violet with brown spores that eventually darken the gills). Photo by Archenzo.

Right: Honey fungus a.k.a. bootlace fungus (Armillaria mellea). Where to find: Base of living or dead trees or stumps. Found in massive bunches. Cyclical: some years they are plentiful, other years, scarce. Raw mushroom is toxic; cook well. Some people have allergic reactions.

Left: Shaggy mane a.k.a. lawyer’s wig (Coprinus comatus). Where to find: On grass, soil, or wood chips. Tall, with a columnar-shaped cap that’s white with a brown central disc and scale-like skin; delicate. Black spores released as they mature can discolor other mushrooms. It May be confused with the alcohol inky cap, a.k.a. common inkcap (Coprinus atramentarius), which is toxic when consumed with alcohol. Photo by Anneli Salo.

Right: Hedgehog (Hydnum repandum). Where to find: Most grow under conifers or hardwood trees; others grow as shelves on standing trees. Resembles a large chanterelle; has firm, dense flesh. Late bloomers, often appearing after other mushrooms have fruited. 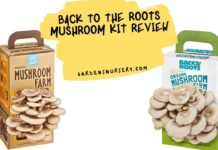 Back to the Roots Mushroom Kit Review 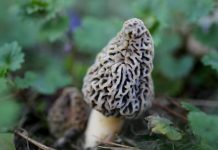 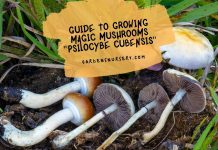 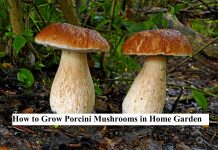 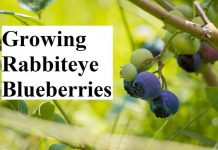