How to Grow Rhubarb in Your Garden

Rhubarb ”RHEUM RHABARBARUM” is a really easy plant to grow in a cold climate, and generally, if you leave them in the ground after harvesting, they would grow back and keep growing for about ten or twelve years. It is quite easy to grow them, provided you follow a few general steps which would teach you how to grow rhubarb.

You can even grow them in places where water is scarce because this plant does not need much caring, and all you need is a bit of water and fertilizer and a chance for them to grow on their own. So, if you would like to know how to grow rhubarb, then you should follow this post carefully. Remember, Rhubarb roots and leaves contain oxalic acid, which is toxic, so eating them might cause you serious harm.

Growing rhubarb allows you to enjoy a harvest of tasty, richly-flavored, tender finger-size petioles, as the edible stalks are called. The stalks are fantastic in recipes such as pies, jam, bread, dumplings, cake, and many more. It is quite common to grow both rhubarb and strawberries, preparing them together to create another tasty flavor. If you like the flavor of rhubarb, you’ll love growing it in your garden.

If you can, purchase rhubarb plants. These may be difficult to locate since many garden centers and nurseries offer only crows or clumps of roots with at least one eye. these root clumps are divisions of plants. Until you can plant your rhubarb crowns or divisions, place them in a cool location.

The History of Rhubarb (RHEUM RHABARBARUM)

In early spring it’s always exciting to watch perennials emerging from the soil after their winter slumbers, but few plants stage as dramatic an entrance as rhubarb does, with its bold, intricately crinkled leaves rocketing through their bud sheaths, then quickly unfurling to catch every available ray. Like corn, rhubarb is one of those plants that you can almost “hear” growing.

A member of the buckwheat (Polygonaceae) family, the genus Rheum contains about 50 species of herbaceous perennials native from Mongolia and Siberia west to Iran and Asia Minor.

While gardeners prize some members of the clan for their ornamental attributes (stately perennials like Rheum ‘Ace of Hearts’ and R. palmatum ‘Atrosanguineum’ for example), most of us grow the more common garden variety for its delicious leaf petioles (stalks) that are ready to harvest by early summer, long before other crops have ripened.

Garden rhubarb (R. ×hybridum) is an ancient, complex hybrid originating largely from R. rhaponticum, and to a lesser degree, R. palmatum. It was probably brought to Europe accidentally in place of medicinal rhubarb (R. Officinalis), which has been cultivated for its root, which contains a purgative called chrysarobin.

By the Middle Ages, many species and hybrids were being grown across Europe, but it wasn’t until the late 18th century and the increasing availability of cane sugar that rhubarb moved from the medicine chest to the dining room table.

Benjamin Franklin (1706-1790) is often credited with introducing garden rhubarb to North America, but we should thank the early settlers who brought plants with them from their homelands so that by the 19th-century rhubarb was a common crop from coast to coast.

These days, it’s available frozen at supermarkets throughout the year, but nothing beats harvesting your fresh rhubarb, and happily, it’s quite easy to grow.

How to Grow and Planting Rhubarb

Rhubarb produces the best yields when sited in a full sun location with rich, well-drained soil; most cultivars are hardy to Zone 3. The best time to plant rhubarb is in early spring just as it’s breaking dormancy or in autumn just as it’s entering it.

Because divisions (or “crowns”) often stay in situ for over 20 years, planting holes should be thoroughly amended with well-rotted manure and compost—rhubarb is a heavy feeder and requires plenty of nitrogen and potassium for healthy growth. The optimal pH range for soil is between 6.5 and 7.0, and plants should be spaced about one meter apart.

Three or four divisions should supply enough rhubarb for the average family, and should you find yourself with a surplus, it can be stored in your freezer for up to one year. Plant new divisions so that the area where the roots meet the stems are at or just below soil level; firm in well and irrigate thoroughly.

Rhubarb requires about seven centimeters of water every 10 days (ripe stalks contain 95% water), particularly during the hottest part of the summer; new growth declines once temperatures reach 27°C. Do not harvest the first year after planting, and in late autumn (but before freeze-up), irrigate the plants thoroughly for improved overwintering crown strength and early spring growth.

Choose stalks that are at least a foot (30 centimeters) long. Grasp the stalk in your hand, slide your thumb down the inner groove as far as it will go, then twist the stalk while pulling up. Take fewer than half the stalks per plant in each picking.

Only one harvest should be made the second year after planting, but in subsequent years, each crown will provide two harvests three to five weeks apart. When harvesting, pull stalks from the crown by hand with a sharp yank sideways (cutting with a knife leaves open wounds which can serve as entry points for pathogens). Always remove flower stalks as soon as they appear so that energy won’t be diverted into seed production.

To maintain high soil fertility, mulch plants with two to five centimeters of compost and/or well-rotted manure each spring. Like Siberian iris, after about five years, the centers of rhubarb clumps begin to die out, leaving a doughnut shape.

To avoid problems with rot, it’s best to dig up congested, semi-dormant clumps in the autumn and divide them. Split the mother plant into small divisions (each about the size of a clenched fist) with a clean, sharp spade, making sure that you leave at least two “eyes” or growth buds per division with as much of the thick, fleshy root attached as possible (each growth bud may produce as many as 30 leaves). Amend new planting holes with well-rotted manure and/or compost, and install immediately; water in well.

Thanks to its large leaves and dense canopy, rhubarb tends to shade out many weeds. Grasses may sometimes be troublesome; hand-weeding is best as you’re less likely to damage developing growth buds just below the soil surface.

Rhubarb is propagated from crowns, or segments, of the parent plant, available at nurseries in spring. Choose crowns that are firm, free of rot, and have one or more round, reddish buds. Three to five plants provide ample fresh and frozen rhubarb for a family of four. Spring planting is best across the country, except for coastal British Columbia, where fall planting is fine. Here are some tips to get plants off to a good start—and keep them healthy and productive for many years.

Plant in full sun in fertile, well-drained, slightly acidic soil. Plants can grow more than three feet (90 centimeters) tall with a spread of four to five feet (120 to 150 centimeters)—take this into account when deciding where to place them.

After five to 10 years—earlier if the plant starts producing small, tough stalks instead of large, juicy ones—the crown needs dividing. Divide in early spring before the shoots emerge. Dig up the crown and cut off large side roots. Using a spade, divide the crown into pieces, making sure each piece has roots and at least two buds. Replant as you would a new crown.

How to Force Rhubarb

As a child growing up on a market garden farm we had a long winter of root vegetables on the table. With the warming days of spring, my tastebuds longed for the first sweet stalks of rhubarb from the garden, so I happily set about collecting all the buckets and baskets I could find to use as cloches for the emerging plants.

By covering the rhubarb with upturned buckets (we didn’t have fancy clay cloches like Victorian kitchen gardens—just about anything that excluded light from the new clumps would suffice) a micro-climate was formed to provide a dark, warm place for emerging stalks to burst through the soil.

In a couple of weeks, the buckets were removed, and the soft, bright pink, lovely stalks were harvested and sent to market (the stalks, actually leaf petioles, are edible, but the leaves contain oxalic acid and are poisonous).

After the initial crop, the buckets were left off so the plants could produce more leaves, and grow and strengthen for a new crop of fresh tender stalks next spring.

Where Does Rhubarb Grow Best?

Every garden should have rhubarb, and it’s possible since it’s hardy to Zone 3; even though they get large, they can be tucked at the back of a sunny flower border in rich, evenly moist soil where they will happily grow along with ornamentals. Occasional stalks can be harvested throughout the season, although they may pale in comparison to that first sweet crop.

How to Cook Rhubarb

Rhubarb doesn’t come true to type from seed, and because most cultivars are between 50 and 150 years old, their taxonomy is hopelessly muddled. Only with the advent of DNA testing have the genetic relationships between cultivars been uncovered, as well as confirming that well-known varieties like ‘German Wine’ contain two utterly distinct phenotypic groups, while ‘Victoria’ contains at least three.

Europeans prefer green petioles, while North Americans prefer red, but apart from the presence of two anthocyanin pigments, there’s no difference in flavor between the two (similar to white vs. brown eggs), although most growers will tell you that pink and red varieties tend to be less vigorous than green types. On the other hand, red varieties contain high amounts of polyphenols, powerful antioxidants associated with preventing the growth of cancer cells.

The Best Rhubarb Varieties for Gardens

Whether you’re starting from scratch or have simply decided it’s time to rejuvenate your existing rhubarb patch, keep an eye out for these robust Canadian-bred cultivars, all of which produce pink to red petioles: 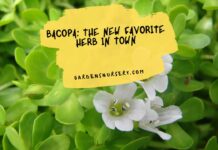 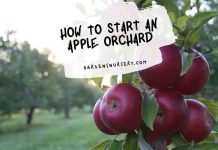