My Soil Mix for my Aroid Plants

Aroids such as Philodendrons, Monsteras, Anthuriums, Alocasias, Pothos, and Syngoniums, etc., do best in loose, well-drained soil that is high in organic matter. This substrate contains coco peat, tree bark, pumice, and compost.

Organic matter like coco peat and tree bark is the key to improving soil quality which, in turn, leads to healthy, productive plants. It improves the structure of soils that are too compact so that roots can better grow and take advantage of available water, air, and nutrients.

This aroid mix is chunky for the roots to adapt to the chunkiness for it to be strong. It is also loose and well-draining for aeration. Aeration promotes the proper circulation of air, water, and nutrients within the soil.

This mix thus improves my plant’s root growth and I want to share this with you to try it and witness it yourself!

This mix contains coco peat, tree bark, pumice, and compost. I don’t have a certain ratio for it. Haha. Just eyeballing it or touching it if it looks or feels right. Hehe. But you can google aroid mix 5:1:1 for the exact ratio.

This is what it looks like after mixing. Looks chunky but it’s good for the roots.

Adding tree bark to the mix helps prevent soil from becoming too compact. The larger particles of tree bark create air pockets within the soil. Additionally, bark acts to absorb and retain moisture, making it possible to increase the level of moisture within the soil. Adding tree bark to a premade soil mix helps to ensure that delicate plants have the moisture and air they need to thrive.

Every gardener occasionally experiences the sharp disappointment of watching a cherished plant slowly decline. Despite ideal light and moisture, nothing seems to reverse the gradual loss of vigor and the falling leaves. While diseases and insect infestations do their damage quickly—deterioration is obvious and rapid—a slow decline usually points to problems underground in the root zone, where the most important mechanics of plant life take place.

Poor soil quality kills more garden plants and houseplants than any other condition, and understanding a plant’s soil preference is important in influencing its growth. Plants have long memories and thrive best in soil similar to that of their origins. For example, lavender and thyme grow abundantly in dry, sandy soil, which reflects their Mediterranean origins; hemlocks and ferns grow best in moisture-retentive, humusy soil similar to that of their forest ancestry. Growing these plants in your backyard requires thoughtful soil preparation if they’re going to thrive.

Special soil mixes are also required for container-grown plants—tender tropical plants grown indoors, and plants in hot, windy conditions on sunny decks and patios—as well as for cuttings and germinating seeds. Good soil structure, which supplies appropriate amounts of water and oxygen, is more important for container-grown plants than the soil the nutrients contain because plants manufacture most of their food through photosynthesis.

In fact, seeds and cuttings do best in growing mediums that contain no soil at all. Their immature crowns and root systems are vulnerable to fungal spores and bacteria present in soil-based mixes, and the lush light and moisture conditions seedlings require greatly encourage the growth of diseases such as damping-off.

Myriad commercially packaged soil mixes are readily available, but you can make your own mixes with a few simple, inexpensive ingredients. Below is a list of the ingredients you’ll need, and the recipes to cover several kinds of plants and planting circumstances. Print the soil mix recipes and post them over your potting bench. Be precise about the ratios: it will make the difference between a happy plant and a drooping disaster.

can be used as a soil mix ingredient for outdoor containers, but avoid using it indoors, where consistently warm temperatures encourage the growth of soil fungi and may cause an insect colony to hatch. Purchased bags of potting soil, while not truly sterile, generally contain far fewer disease spores and insect larvae, making them a better choice than garden soil for indoor growing.

Seldom list their specific contents or the ratio of ingredients; the best way to judge what’s inside is by lifting the bag. A heavy bag probably contains more clay; the soil inside is dense and won’t hold as much oxygen. A light bag contains more peat moss and less clay, which allows more oxygen and moisture around roots, but provides little real soil value. Neither makes good permanent soil.

If a soil-based mixture with clay is called for indoors, it’s better to buy the heavy bag and amend it with peat moss and appropriate quantities of other close-to-sterile materials such as perlite, vermiculite, and sand. You can use the same amendments outdoors, too, although homemade garden compost is the best amendment. As with garden soil, outdoor materials such as compost and leaf mulch contain spores and insect larvae that proliferate in an indoor climate.

Is available in bags from garden centers; it’s odor-free and looks like heavy black earth. It serves as a soil conditioner and organic fertilizer. Manure purchased in bulk from, say, a nearby farm, may still be fragrant and insufficiently composted-it’s what’s called “hot” manure, which can burn plant roots. All composted animal manure is valuable to plants, but sheep, poultry and rabbit manures are higher in nutrients than cattle or horse manure.

Is a natural element, either mined or recovered as an industrial waste product. It’s sold at garden centers as tiny pellets in a box labeled “soil acidifier” or as a powder in large bags labeled “flowers of sulfur.” It’s valuable as a soil balancer, adding acid to alkaline soils, and it helps to lower pH. Sulfur is a good substitute for aluminum sulfate, which over time poisons plants.

Is available in bags, bales, or cubic yard. Be sure it’s shredded, not chipped (suitable only for mulch). Shredded bark is ideal for woody plants—it aids the exchange of air and water, boosts microbial life, and contributes nutrients as it decomposes. Because it uses nitrogen as it degrades in the soil, add some blood meal to prevent potential deficiency.

a.k.a. coarse sand, creates spaces in a soil mix, allowing oxygen to reach the root zone and promoting efficient drainage. Make sure you buy sharp sand, not fine sand (sold as a sandbox or play sand), which holds too much water. Sharp sand, available from building-supply centers, has larger particle sizes; if there are small rock chips in it, so much the better.

Which looks like bits of white Styrofoam, and is super-heated volcanic material. It’s a lightweight alternative to sand, providing good aeration and drainage. Perlite contains no nutrients and has a pH rating between 7.0 and 7.5. It’s dusty to work with and not good to breathe.

Shiny flakes of super-heated mica are a natural element. It holds moisture and nutrients in the root zone, releasing them gradually. Mica adds small amounts of potassium and magnesium to the soil and has a pH between 7.0 and 7.5.

mined from acidic bogs where sphagnum moss plants have decomposed for thousands of years, is a limited natural resource. Fresh or composted shredded leaves are an excellent organic alternative. Peat moss improves the balance of air and water and also softens soil texture for good root growth.

It contains no nutrients but has a low pH-between 4.0 and 5.0-that benefits alkaline soils. If peat moss dries out, it shrinks and sheds cold water. To re-wet, mix thoroughly with hot tap water before using, or stand plants in pots that contain dried-out peat-based mix in a bucket of warm water until thoroughly wet.

is an animal byproduct used as organic fertilizer? It’s an excellent source of nitrogen and won’t burn plant roots. Bone meal, also an animal byproduct, is rich in phosphate (11 percent) and calcium (24 percent). It stimulates root growth and promotes buds set in flowering plants. A bone meal is a slow-release nutrient that won’t burn roots.

Contain generous amounts of calcium and trace minerals appreciated by some plants. Wash and dry eggshells (90 percent calcium), then crush them with a rolling pin or in a food processor. Pulverized oyster shells (33 percent calcium) are sometimes available through plant societies.

Cacti, succulents, and alpines in containers

Use the following mixes when planting a new potted or bare root shrub, or when transplanting:

Rhododendrons and other ericaceous (acid-loving) plants 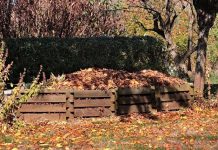 How To Turn Kitchen Waste Into A Compost

The Top Benefits of Mulching Your Garden

The Pros and Cons of Liquid Lawn Fertilizer