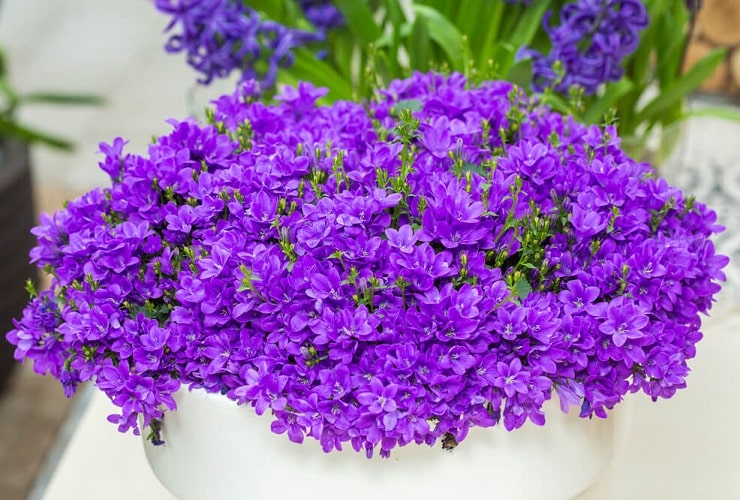 Campanulas have been garden favorites for ages, appealing in their diversity as well as blossom. Called bellflowers for their obvious resemblance to the same, these fellows are almost synonymous with cottage gardening, with many forms often seeding about to create that subtle cultivated wildness that provides such charm.

Others are integral members of the classic rock garden, forming short mats of foliage from which arise their cheerful blossoms, many of which being useful as a small scale ground cover. Campanulas are at home in perennial and mixed borders, with many providing excellent cut flowers, and some lend themselves to woodland plantings.

They can be ideal for growing in containers, and with so many from which to choose, are a real collectors plant — some so easy as to be almost weedy, while others can provide a challenge for even the most experienced gardener. What’s not to love about these guys? Generalizations can be difficult with campanulas flowers since they inhabit so many different cultural niches in nature. Some grow in lowland or subalpine meadows, toughing it out among the grasses, while others are native to alpine screes, with little more than rocky rubble to sustain them.

Most are native to temperate areas of the world, though, so are hardy plants in most climates, limited more by heat and high humidity than by winter cold. While most enjoy a sunny exposure, many tolerate some shade, and especially as you head south might even require protection during the midday.

Campanulas are usually undemanding as to soils as long as they are well-drained, thriving in moderately acidic to chalky soils, but good drainage is essential. If I were to generalize, I’d say that the taller, leafier campanulas are more tolerant of wet feet than the smaller tufted ones.

Not a hard and fast rule by any means, but it is usually the most dwarf plant that grows at high altitudes, and these often inhabit those rocky areas where water drains away quickly. Fortunately, few of the more commonly available campanulas are among those that are exacting in their requirements.

Most campanula comes quite easy from seed, though the seed is quite tiny, so needs to be surface sown. I have grown a number with no special treatment, with good germination in the 60-degree range.

Slugs and snails can pose a threat, as one critter can ravage an entire flat, and be on the watch for mosses and liverworts which can overtake the tiny seedlings, but other than that, there are seldom any difficulties starting them from seed.

An easier method for the increase, though, is to simply divide them. This is best carried out during the cooler time of year, but the large majority are quite simple to divide, not to mention generous in the number of divisions they offer.

Few of the Most Popular Campanulas Flowers

This forms compact tufts of foliage and produces upturned blossoms that are quite large for the size of the plant, and in well-grown specimens, can nearly cover the foliage while in bloom. Useful in containers due to their size, they are also good candidates for the foreground of a mixed border, where they will grow easily in full sun in most good, well-drained garden soils.

These are among the most commonly available Campanulas, appearing in a good number of named forms. Plants labeled simply as “Blue Clips” or “White Clips” are these, though there are about a dozen others.

Aptly called “Fairy Thimbles”, this is one of the most diminutives, but a rambunctious spreader which can colonize a bit aggressively. The blossoms and overall effect are so dainty, though, that one easily forgives its appetite for space.

I like to use it where it can ramble at will, where it will often disappear in one patch as it appears in others, and as such, it makes a welcome addition to the cottage garden. This is easy from seed as well as being available in some named forms. “Elizabeth Oliver” is particularly distinctive, a double form, with each small blossom appearing like little bluish-lilac roses.

An easy and adaptable species for perennial and mixed borders, this will typically produce dark violet blossoms on 18-inch stems, though taller and shorter forms exist. All are quite robust and among the easiest of the genus to grow, but give them some room as they do spread at a good clip. “Joan Elliot” is perhaps the best of the named forms, producing larger flowers than the species.

Not as common as some of the others, but I’ve found it to be tough as nails, happy in some less than ideal soils where it will form a nice ground cover without being overly invasive. The blossoms appear on wiry stems just above the foliage, and arch a bit out and down, so I like to place it near a wall where it can cascade.

In my opinion, the single most striking Campanula, with each tubular 2+ inch blossom a very dark violet and so waxy as to be almost reflective. Best in a spot protected from the hottest sun in most climates, it will spread to form sizeable mats and has a longer bloom season than most campanulas I’ve encountered (in bloom in October and into November here in western Oregon). This is a bigeneric hybrid, so it is only available as plants but is easy to divide for an increase.

One of the tallest species, useful in the mid to back of the perennial border, where it will often reach 4-5 feet in height. This one produces its blossoms in large clusters arranged much like those of border phlox, and benefits from staking — especially in its early years before the clumps become more self-supporting. It likes rich, moist soil and will tolerate a bit of shade in hotter climates. Several forms exist, including a couple of dwarfs.

One of the parents of “Kent Belle”, and makes a nice addition to the border in its own right. It likes a sunnier exposure than its offspring, and has a shorter bloom season, but is one of the sturdiest of the upright types, and stands well without staking. The blossoms are a mid violet in color, though white forms do exist.

Perhaps the most recognizable of the genus is the Canterbury Bells, with grow typically as a biennial, forming a rosette of foliage the first year and producing spikes of large blossoms the next. Several different forms exist including dwarfs and singles, but the most popular remains the cup and saucer types, with flowers resembling narcissus all up and down the stems. It’ one of the few campanulas to include pink in its a color range as well as being a good cut flower.

Called peach-leaved bellflower due to the resemblance of its foliage, the typical species will produce wands of blossoms in either lavender or white atop 2 1/2 foot stems that often flop about and reseed in the garden. Much improved on the species are numerous named varieties, most of which are much stockier, and only come true from a division. These include several double-flowered forms and most make excellent cut flowers.

A real mouthful to pronounce, so most people still refer to it under its old name of C. muralis. This, and the very similar “Birch’s Hybrid”, which are often sold interchangeably, are among the sturdiest of the smaller campanulas and well suited to lowland gardens. Useful in the foreground of a mixed planting or as a small scale ground cover, it has one of the longer blooming seasons of the genus, producing large quantities of mid to dark violet bells just atop the 4-inch foliage. An easy and adaptable plant.

One of the most heat tolerant of the genus and a bit like C. portenschlagiana inhabit, except with hairier leaves and starry instead of bell-shaped blossoms. These can be bluish-lavender to almost white, and appear on trailing stems that will often cling to the surface of a wall or snake their way through the base of a shrub. One of the best for ground cover, and quite shade tolerant.

This is the other parent of “Kent Belle”, and a quite different plant in look to most of the campanulas. It has a preference for a partly shaded location, with lush, glossy foliage, and the large blossoms are long and tubular, hanging from the 1 1/2foot stems. The usual color is a mottled mauve, but the variety “Cherry Bells” is well worth seeking out with its stronger rosy reddish hue. Give this one some room, as it can spread at a good clip.

Perhaps the tallest of the campanulas flower with well-grown specimens hitting 5-6 feet or more. A short-lived perennial often grown as a biennial, C. pyramidalis will typically form a basal rosette of glossy foliage the first year, blooming the second before scattering seed if not deadheaded. In use in the garden much like a foxglove where it will provide a strong vertical accent.

This campanula has one of the widest natural distributions of any of the genus and is very adaptable. One of the smaller campanulas plants, it grows typically to 6-10 inches with myriad small bells rising above the foliage. The name rotundifolia might be a bit misleading, as only the basal foliage is round. While in bloom, the leaves look almost grassy, and the effect is quite airy. This will naturalize where happy.

With the common flower name “bats in the belfry”, who could resist growing this just for the name? The typical species grows upright to 3 feet or so, with nettle-like foliage and spires of violet or white blossoms. These might be best grown in a casual planting as they do seed about quite readily. The cultivar “Bernice” is much more refined, though, with double blossoms and without the copious seeding. 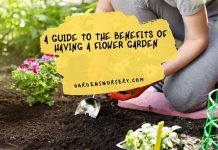 A Guide To The Benefits Of Having A Flower Garden 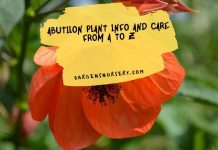 Abutilon Plant Info and Care from A to Z 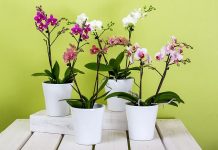 How to Grow Orchids At Home

Craft A Beautiful Bonsai Nursery with These 5 Pointers! 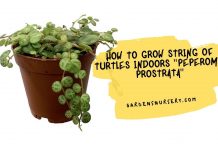 How to Grow String of Turtles Indoors “Peperomia Prostrata”