Most of us in the nursery or landscape business in the southeastern United States have become very familiar with daylily rust (Puccinia hemerocallidis) over the last couple of years. Daylily rust was identified in the United States in 2000 and is now established in more than 30 states across the country. Research in several southeastern states is beginning to show major differences in rust susceptibility among daylily varieties. Growers should remove moderately and highly susceptible varieties from production, and landscapers should choose the least susceptible varieties

Daylily rust occurs two to three days after leaf inoculation. The disease spreads quickly and may kill the foliage. All known infections have been on the foliage and flower stalks. The yellowish-orange rust spores significantly affect plant appearance. In Louisiana, rust can appear in the spring but generally is most noticeable in the late summer and fall months. Most researchers report that daylily rust can successfully overwinter in USDA Hardiness Zone 7 and south.

Fungicides recommended (for prevention more than control) are myclobutanil (Systhane), propiconazole (Banner Maxx), flutolanil (Contrast), and asoxystrobin (heritage). These are all systemic materials. Others to consider are triadimefon (Strike; systemic) and mancozeb (Dithane; protectant/contact). Most broad-spectrum, contact, and systemic fungicides may be somewhat effective and may be useful in combination. It appears, however, that fungicide effectiveness is limited.

Although not considered to be as major a problem as rust, leaf streak (Aureobasidium microstictum) is another disease of daylilies. Leaf streak (sometimes called “yellows disease“) should not be confused with rust. Symptoms are small reddish to brownish spots on infected foliage. A yellow streak usually begins at the leaf tips. and moves down the midvein. As with rust, leaf streak appearance varies from variety to variety, and plants that are water-stressed or nutritionally deficient are most prone to the disease. Fungicides labeled for leaf streak include thiophanate-methyl (Banrot, Cleary’s 3336, Domain, Systec 1998), myclobutanil (Systhane), and chlorothalonil (Daconil).

Two and three years of rust observations on All-American daylily varieties indicate ‘Judith’, ‘Leebea’, ‘Orange Crush’, and Lady Lucille’ to be highly susceptible; ‘Plum Perfect’, ‘Frankly Scarlet’, ‘Black-eyed Stella’, ‘Starstruck’, and ‘Chorus Line’ to be moderately susceptible; and ‘Bitsy’ and ‘Lullaby Baby’ to be resistant. One year’s observation is not enough to consider ‘Red Volunteer’ to be slightly susceptible and ‘Miss Mary Mary’ to be resistant. It should be noted that most ratings are based on two or three years of observations in Baton Rouge and that seasonal/climatical/geographical changes can yield slightly variable results. 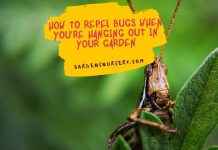 How To Keep Woodchucks Out Of Garden

How do you Keep Cats Out of Your Garden? 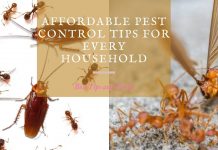 Effective Ways To Get Rid Of Insects In Your Home