The ciliary muscle in the eye controls the expansion and contraction of the pupil. The usual adjustments made by this muscle are small.  In response to the strobes in a dark (naturally dark or becomes dark at night) environment this muscle has to make dramatic adjustments (140-180 times per minute).

An ophthalmologist I spoke to, at a world-renowned clinic in Scottsdale AZ, likened it to this: Imagine you lift a ten-pound dumbbell weight one time. Then imagine that you lifted the same weight 1,500 times in a ten-minute period. Your arm would be hurting for days. The ophthalmologist said the strobes would have the same effect on Electronic Rodent (and other animal pests’) eyes.  RESULT: THE PESTS LEAVE

The Science Behind the Effectiveness:

If you want to get rid of Attic Squirrels, Roof Rats (aka. attic rats), Raccoons in Attic, Bats in Attic, etc. then the science validates using Electronic Rodent Strobe.

First, there is its effect via the ciliary muscle as described above:

Rodents such as Roof Rats, Norway Rats, and Bats (bats are not blind as commonly believed – they just have extremely poor eyesight) have a very small ciliary body in comparison to humans and other rodents such as squirrels or rabbits. But, the scientific principles have been shown to be effective on even the under-developed ciliary bodies of this pest in field experiments.

Roof Rats and Norway Rats have extremely poor eyesight. This is one reason they are nocturnal and rely mainly on their highly developed senses of touch (whiskers) and smell to move around. Their poor eyesight is one reason that they follow the scents trails left by themselves and other rodents and why they travel close to walls – so they can feel their way around. 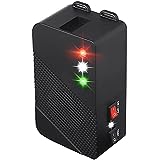 Pilots who have stared at runway strobes for to log while waiting to take off have had their circadian rhythms (day/night internal clock) offset to the point that their sleep patterns have been affected up to about eight hours after they stared at a strobe.

Police cars and emergency vehicles have had to change their strobe patterns because the models of strobes were believed to be the cause of a growing number of serious accidents. It was observed by police departments that too many police officers were being injured as a result of drunk drivers running into police vehicles that were pulled over on the side of the road in routine traffic stops.

This discovery has played a part in the redevelopment of strobes and many advances in strobe technology.

In another study, performed by the Federal Aviation Administration, pilots and non-pilots were observed in the presence of strobes. Both groups reported sensations of dizziness, nausea and half the participants reported that they were having extreme difficulty staying awake, as the strobes seemed to be making them very sleepy. The FAA is very interested in strobes and pilots. In the early 1950’s Cornell University discovered that strobes can cause pilots to crash.

This discovery has led to FAA guidelines that a pilot turns off his/her wing strobes in a fog bank or cloud because it has been found that the strobe lights reflecting off the cloud/fog back into the cockpit can cause the pilot to become disoriented and crash. One effect that high-intensity strobes have is Positive After Images.

Basically, the strobe exposed brain has two images to deal with each time the strobe flashes – the last image (held in the brain as a positive after image) and the present flash image, which immediately becomes positive after image when the environment becomes dramatically darker between flashes. Pilots are trained in special eye movement practices which help to counter this problem.

In one study it was found that, in the presence of strobes, the experiment’s subjects who were exposed to strobes during simple cognitive(thought) tasks took twice as long to perform the tasks as subjects who were not exposed to the strobes while performing the same cognitive tasks. In laboratory experiments, strobes have been used to reset the circadian rhythms in rodents.

If a vertebrate pest (rats, mice, bats, squirrels, raccoons, etc.) is exposed to a pest control strobe its circadian rhythms are disrupted, and not only with it have sore eyes from the ciliary muscle effect, but it will also have difficulty re-establishing its normal sleep patterns because the strobe’s effect on the pest’s brain basically causes a temporary erasure of set biological patterns: In plain English it’s like giving the pest a serious case of jet lag, slowing down their brains to half speed and making them dizzy and nauseous.

If the exposure is prolonged and/or repeated as the rodent tries numerous times to return to its nesting area a sensitization occurs in the rat’s, Squirrel’s, Raccoon’s, Bat’s, and other pests’ brains. Put in simple terms the pest’s brain actually becomes allergic to the strobes and this allergic reaction has been measured in rodents’ brains up to a month after the initial exposure immediately upon re-exposure to the strobes.

In addition to this rodents exposed to strobes have been shown to have a lower brain oxygen level during strobe exposure and in depression/heart study strobes (alone and in conjunction with other stimuli) were used and found to cause symptoms of depression and irregular heartbeats in prolong strobe exposed rats.

I hypothesise that certain flash patterns coupled with saccadic eye movements account for the sleepiness of drunk drivers and the pilot sleepiness upon strobe exposure. It is my conjecture that the brain “switches” into sleep mode when exposed to certain strobe flash patterns coupled with the saccadic eye movements associated with such things as looking at numerous instrument gauges on a cockpit dashboard.

The dizziness and nausea, I believe are a result of the fact that a body is not actually in motion during REM sleep, and since the brain apparently supposes itself to be asleep any actual physical movement detected by the fluids in the inner ear causes nausea and dizziness as a body defence mechanism. In effect, your body is saying: “stop moving – you are asleep”. 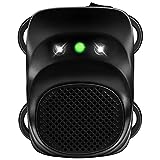 It has been found that even if a rodent lives in a wall area, and it passes through an attic area covered by the strobe light, after a couple of days the rodent or other vertebrate pest gives up its abode even if it is not being directly hit by the light. Just having to pass by it on their way home is enough to drive them out.

The History of Electronic Rodent Strobe Lights in Pest Control:

Strobe Lights have been used in pest control since 1964 when a company marketed a one million candlepower strobe for avian (bird) pest control. It was an AC-powered strobe with wires hanging out of it with instructions to mount the strobe to a 1/2 inch conduit pipe and/or a junction box for connection to a power source whether hard wired or to a plug.

It had an extremely limited bulb life (about 3 months) and therefore the instructions recommended that it be attached to a timing device to conserve bulb life. This avian pest control strobe is still available and costs around $200.00.

The next use of Pest Control Strobe Lights was in 1982. These strobes were waterproof being as they were hung underwater to keep eels out of an inlet. This application was deemed a success. Since then Pest Control Strobe Lights have been used in dams and estuaries to keep the fish (stocked trout) from swimming too close to the dams and thus being sucked into the power production turbines. Strobes have also been used for orchard fruit bat control in Australia.

Pest Control Strobe Lights have been used to deter livestock predation by wolves in the American West. Pest Control Strobes have been used for deterring deer, bears, coyotes, etc. In most of these applications, the strobes were effective. In some applications, they were not effective because what was used was not actually high-intensity strobes but instead low-intensity rotating flashing beacons incorrectly termed as “strobes”.

Most academic and field application of high-intensity strobes satisfaction has been achieved and sustained (sometimes initial test were unsuccessful but upon re-examining the number and position/placement of the strobes success has been achieved). 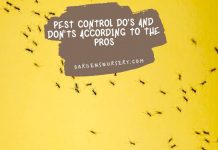 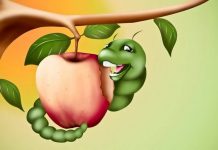 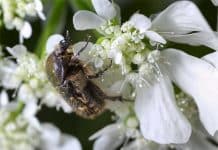 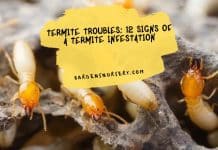 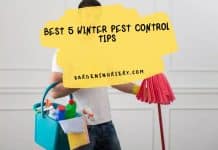 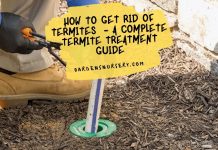