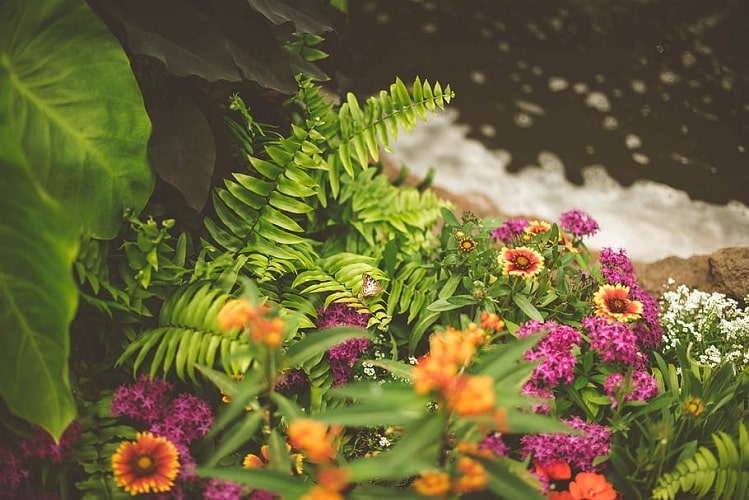 Ornamental plants in the garden

The DRC is rich in ornamental plants that grow spontaneously. The introduction of horticultural activities in the garden began at the end of the 18th century with the creation of the Kisantu test garden and the Eala botanical garden (in Ecuador). At the same time, the AIKEN colonial garden is organized. These 3 institutions had a major concern to test economically interesting ornamental plants. Catholic missionaries have also greatly contributed to the development of floriculture in the garden.

The enthusiasm for floriculture during the colonial period was such that several horticultural enterprises were born: Mr. LEROX (in Kivu), Mrs. BRUN, and VANDEN DRIES in Kinshasa, Mrs. DRICOT in Kalemie, Mrs. MENDIAUX in Goma.

After independence, however, there was a decline in horticultural activities in the country as a result of the departure of most settlers. So today, ornamental plants are not yet exploited as in some African countries.

Apart from several functions played by plants in the environment, ornamental plants have a more particular role in the life of man, namely aesthetics. They play especially a role in the psychic balance of the man. The importance of ornamental plants is as much on man as from the economic point of view, especially in the large modern cities where the process of rapid urbanization has caused collective dwellings and large constructions to spring from the ground.

Ornamental plants can belong to different categories depending on the desired effect and the location in which it is desired to grow them. It can be herbaceous, annual, biennial, or perennial plants, woody plants, trees, shrubs, climbing plants, or falling foliage. Some ornamental plants are grown both for landscaping purposes and for cut flowers or foliage.

Some plants become ornamental only dried or under the action of a particular action of gardener. This is the case for example shrubs grown for topiary art that lose their ornamental character in the absence of regular sizes. The same is true of grass grasses that must be mowed frequently.

Ornamental plants are grown outdoors (in public or private gardens and parks) which are most often used, or indoors (in the apartment, corridor, or balcony…). Ornamental outdoor plants are most often grown for their flowers and more for their foliage, but other qualities of ornament can be sought, including for example the ornamentation plants of parks and gardens, the plants used have very often a horticultural origin.

Unlike botanical species that grow spontaneously in nature, so-called “horticultural” plants are artificial creations. Generally, they are the result of multiple and voluntary hybridizations whose objective is to obtain new forms, called cultivars, to meet certain criteria like:

In the center of the garden, dahlias, irises, and daylilies are presented alternately in long flowerbeds, drawing a palette with changing colors according to the seasons. The association of these different plants offers blooms from May until the first frosts. 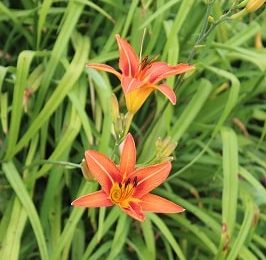 The dahlia is one of the most used ornamental plants for summer and autumn flowering gardens. Thousands of existing cultivars offer a diversity of shapes, sizes, and colors unparalleled.

Because of its wild origins (Mexico, Guatemala), the dahlia is not a rustic plant in our climate. The underground part, consisting of tuberous roots (the “tubercle”) must be wintered away from frost. 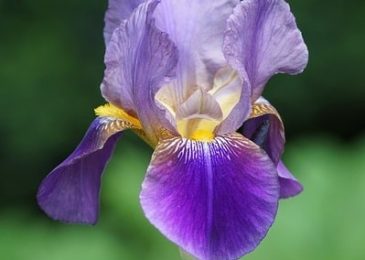 The iris is a perennial plant abundantly found in gardens. Its easy cultivation, however, requires sunny exposure and permeable soil.

Its flowering takes place in May. It is brief but very abundant.

The multiplication of irises is simple. It is done by a division of the rhizomes.
Several centuries of hybridization have resulted in the creation of thousands of varieties whose classification is often difficult.

The collection of the Jean-Marie Pelt Botanical Garden gathers mainly hybrids of the group “pogonoris” (the irises of the gardens), recognizable by the presence of beards (hairy zone) on the upper part of the sepals. 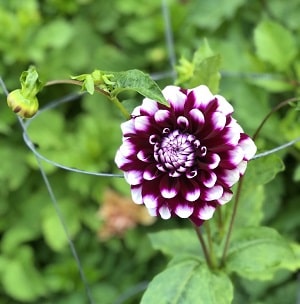 The daylily is a perennial plant native to Asia, cultivated in China and Japan for several centuries. In the wild, 15 species have been described. So we meet in a culture mostly hybrids.

Daylilies are popular as large yellow, orange, red, or pink flowers, which bloom throughout the summer. You can count up to 35 buttons per rod. It is an excellent flower to cut.

Sometimes called the orchid of the poor, the daylily is a very easy plant to cultivate, requiring a few hours of sunshine and well-drained soil. 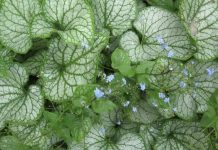 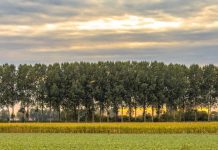 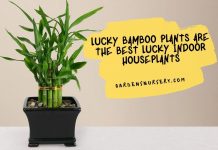 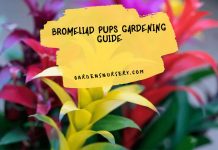