The citronella plant should not be mistaken for what is known as a ‘mosquito plant’, which is usually found in some stores. This fake plant is actually a scented member of the geranium family whose smell is closely similar to the true citronella plant, which is again similar in characteristics of lemongrass.

Areas falling under Zone 10 or below are considered to bear the ideal conditions for growing citronella plants. This 5 – 6 feet tall clumping grass bears gray-green and aromatic grass-like leaves. These leaves have a coarse texture and are borne on cane-like stems. This plant is also famous as a mosquito repellent plant. As you proceed on to the following sections, you will come across the vital aspects the citronella plant is related to.

This plant is commonly found under various names, such as citronella plant, mosquito plant geranium, citrosa geranium, and Pelargonium citrosum. Although many of its names give the impression that it contains citronella, which is a common ingredient in insect repellents, the plant is actually a variety of fragrant geraniums that simply produce an aroma similar to lemongrass when shredding leaves. Geranium from the mosquito plant emerged from the extraction of specific genes from two other plants: Chinese citronella grass and African geranium.

Heavy soil type with good drainage, is what is required for growing a citronella plant. The soil must have a pH level of 6.5 and must also have good air circulation. Before planting citronella plant, it is a good idea to mix the soil with peat-based organic soil.

The plant likes full sun exposure when it’s cool in the early hours of the day and it prefers partial shade during the afternoon. The citronella plant grows well during the warmer seasons of the year. Damp, cold winters are generally not suitable for their growth. This is the reason why it is advisable to grow the plant in pots so that it can be brought indoors during winter.

Water your citronella plant generously, but avoid letting the water stand or be stagnant. Allow the plant to dry before you start watering it again. One best way to check if the plant requires watering is to see if it is dry down to 1 – 2 inches. It is important to know that the plant does not prefer wet conditions and so ensure that the watering is kept to the desired level. 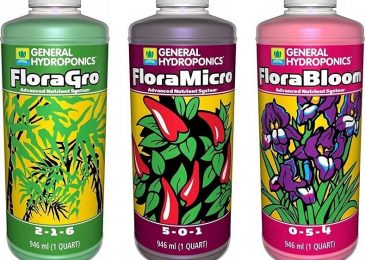 The plant’s leaves may get diseases or die over time.

So, prune the plant to get rid of such leaves so that the plant’s growth isn’t hampered.

Coming to the fertilizer for the plant, it must be high in nitrogen. Adding potassium-based fertilizer to the plant, twice a year also does good for its growth.

Insecticide and Fungicide for Citronella Plant

To get rid of bugs or to prevent bug infestation, it is advisable that the insecticides are applied early in the season. Make use of a wide-range insecticide near the plant, away from new buds.

How to Care for Citronella Plant

Citronella plants are beautiful and popular. However, they do need certain care to keep them happy and healthy.

Citronella plants need a lot of water, sun, and well-drained soil. They also need a place that stays warm all year round. After these two conditions are met, you should provide the plant with high-quality organic fertilizer once in a while.

The Citronella plant can be grown indoors or outdoors. You can grow it in your house or apartment if you want to get fresh citronella oil from it at any point in time during the year.

Citronella plants require light, water, and fertilizer to thrive. They also need protection from the sun and should be watered frequently because they will start drooping if they’re left dry for too long.

It is important that they be kept in an area where they will receive at least six hours of direct sunlight a day and watered whenever the soil feels dry to the touch – but not too often because it can cause root rot or other issues.

How to Grow Citronella Mosquito Plant?

When frost has had its run and it’s completely over, you can plant citronella in the spring. As mentioned above, the soil should be heavy and well-drained and it is better to grow the plant in a pot. Look for a place where it can receive full sun until the afternoon.

After placing the plant in the pot, cover it with one part dirt and three parts soil mixed with organic soil, as mentioned above. After you are done with the planting, water the plant deeply and follow the instructions cited above for its healthy growth. Read more on gardening.

What I did not mention in the above section was the citronella plant propagation. The process is simple, as it is done by splitting large clumps of the plant into several smaller ones. So, with this, we come to the conclusion of this small description of the citronella plant. Before I sign off, Cymbopogon nardus or Citronella winterianus is known as the true and genuine citronella. So, get the true one and not any other which mimics its characteristics.

How to Grow Citronella plant From Cutting

Citronella plants are herbaceous perennials. They are best known for their citronella, an oil that can be used in insect repellents.

Citronella plants are often used in landscaping to provide a natural barrier against mosquitoes, but you’d have to have a lot of patience to grow them from cuttings.

Growing the citronella plant from cutting is not easy because it takes about three months for seedlings to fully mature into small plants that are ready for transplant.

Steps to follow for growing citronella plants from cutting:

How to Propagate Citronella Plant

We will share how to propagate citronella plant. It will be helpful for beginners who are looking to grow their own plants.

The plant should be planted in a sunny location, which is well-drained and does not dry out too quickly. Amend the soil to have good drainage by adding peat moss, leaf molds, composted manure, or well-rotted garden soil. Citronella should be planted in the spring or fall when the ground is moist and warmer

Sow seeds in moistened peat moss or a seed tray (any container with drainage holes) and keep it in a warm location until germination takes place (usually 7-14 days). Once they sprout, transplant them.

Citronella plants are also popular because they offer a pleasant scent, great for relaxing after a long day’s work. Other people like to use them in their gardens or around the house because they provide an aesthetic touch to any given place.

Citronella plants come in many different varieties and sizes. They are named after the lemon scent that they give off when they are crushed or broken.

Different types of citronella plants include:

Australian Citronella is a widely used plant to protect one’s property from mosquitoes and other insects. The plant’s leaves have a strong lemon-like smell and can be rubbed on exposed skin to repel insects.

Australian Citronella was originally used in the 19th century by locals trying to keep away from yellow fever mosquitoes. The plant has been widely used in Australia for years, with over 145 insect-repelling plants being found in Australia.

Chinese Citronella is also known as Chinese wormwood. It has been widely used as an insect repellent for its insecticidal properties. Humans can apply it to ward off insects such as mosquitoes and flies that can cause discomfort or sometimes even more serious health problems such as malaria or dengue fever.

French Citronella is a type of citrus plant, also known as the lemon tree Citrus limon. It produces lemons, which are used in cooking and to make citrus-based beverages.

French Citronella is an aromatic plant that French people have used for over 500 years. This Plants can find it in private gardens and public parks throughout France.

Citronella is a plant native to India. It is commonly used as an insect repellent, and its essential oil has long been known for its medicinal properties such as an anti-fungal and antibiotic.

Citronella has been traditionally used in India for thousands of years and is also found in many Indian recipes. The use of Citronella in food is not limited to just India; Citronella can find it in different parts of the world, such as the Caribbean and North America.

Citronella is a plant belonging to the genus “Cymbopogon”. It is native to India and other tropical regions of Asia. Citronella grows as a bushy annual herb or shrub with aromatic leaves of up to 60 centimetres long. The plant produces small yellow flowers, usually arranged in umbels of 4-6 blooms per umbel.

Citronella was introduced into England by the Spaniards, who carried it back from the Indies on their return voyages. The English botanist John Gerard introduced it into cultivation in 1597 and described its use as an insect repellent in his herbal.

I got my hands on a Japanese Citronella tree, which is roughly the size of a football.

Japanese Citronella is a citrus variety that is grown in the United States. It was developed by crossing lemon with mandarin oranges to create a bigger lemon-orange fruit.

How to Get Seeds From Citronella Plant

Citronella plant is a perennial plant that can grow in tropical or sub-tropical regions. The leaves of this plant are typically found in the shapes of three, five, or seven lobes. It produces flowers that are most often white, but sometimes yellow or purple.

There are many ways to get seeds from citronella plants. Some of them include:

How Long Does it Take to Grow Citronella

Citronella takes about 3-4 weeks to grow, but it needs about 9 months for it to fully mature. Once flowering starts, it will produce a large number of flowers and seeds that the plant uses to reproduce itself. 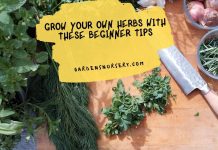 Grow your Own Herbs With These Beginner Tips 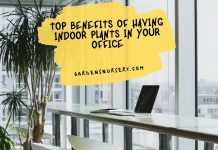 Top Benefits Of Having Indoor Plants In Your Office 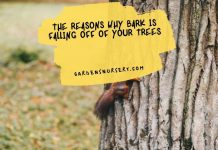 The Reasons Why Bark Is Falling Off Of Your Trees