Why Are Soybeans An Important Crop

Soybeans are a type of bean that has become one of the fastest growing crops in the world due to their nutritional value. The soy bean or soya bean is a member of the legume family native to Eastern Asia, and it is very popular for the bean’s nutrient-rich seed, which also has many other benefits.

The nutritional value of the soya bean was first discovered in the late 19th century. The bean had not yet spread to other parts of the world when the Japanese were introduced to it. As research progressed, they discovered that it contains a lot of nutrients that were beneficial to the body. They were also cheaper than other types of beans used in food today.

It was these qualities that led to them becoming a very popular alternative to other types of beans. Soybeans can be eaten on their own, mixed with other grains, or even eaten in a salad. They are also known to help improve the health of people who are on a diet. Besides human consumption, soybeans are very useful for a few other things which will be described in more detail below.

Reasons Soybeans Are An Important Crop Around The World

1. They Can Be Used To Make Soybean Oil

Soybeans are made up of about 18% oil, this oil is one of the most popular types of vegetable oil used. About 62 million tons of oil are produced annually. Soybeans are highly nutritious, which is why they are used so extensively. They contain an abundance of nutrients and proteins, which are good for your body. Its oil provides the necessary fats and proteins that are missing in refined cooking oils.

Soy oil also contains antioxidants, called phytosterols, that can help fight off the growth of cancer cells. It also can help you to lose weight because it lowers blood sugar and increases energy levels.

Being very popular in the US, most people use this oil for cooking. This is because soybean oil is healthier than other types of cooking oil and has a high smoke point. This means that it can take a higher amount of heat than other oils before it starts burning and smoking. Below are a few of the other benefits of soybean oil:

2. Can Be Used As A Mosquito Repellant

Soybean oil can also be used as an ingredient for mosquito repellent. One of the reasons it is being used more often for this purpose is because of how long it lasts compared to others. Using soybean oil in mosquito sprays also reduces the amount of chemicals in it, making it 100% safe to use on your children.

As you may know, cholesterol is considered a heart disease risk factor. Using soybean oil to cook is a good way to begin lowering your cholesterol levels naturally. However, don’t let this fool you into thinking that soybean oil will magically reduce your cholesterol levels by removing bad cholesterol from your body. Instead, what it does is raise the HDL levels which helps control your blood glucose level which, in turn, controls your cholesterol. This method can help improve your health if combined with eating healthy food. By raising HDL levels, you will also prevent your arteries from narrowing as well which is one of the leading causes of heart disease.

If you look at the ingredients of many skincare products carefully, you will see that soybean oil is a very popular ingredient among them. There are several reasons for this, soybean oil is a great additional barrier to your skin that will help keep it glowing and looking moist. Soybean oil is also known to protect the skin from inflammation. It is rich in vitamin E which helps protect your skin against skin damage and treat skin conditions like Psoriasis.

5. Can Be Used As Livestock Feed

After the soybeans have been drained of their oil,  it’s then grinded up and used for animal feed. One of the main reasons soybeans are so popular when it comes to livestock feed is because it is a good source of natural fats. Soybeans are made up of about 85% unsaturated fats and are also rich in other nutrients like vitamin A and vitamin K. It is also a cheap source of food. Below, we will talk about some of the benefits soybeans have on a different type of livestock:

Soybean is used in many food products and that’s because of its health benefits. Soy is known to be a great source of plant-based protein. Not only that but soybeans are also good for your heart and circulatory system. However, some people are allergic to soy and can have a bad reaction, so always be considerate and careful when using soybean-based products. Soybeans can be found in a lot of different food like soy sauce, soy milk, tofu, and soy-based flour.

Aside from the aforementioned benefits, soybean is also used to make soy-based diesel. Soybean oil is put through a process that extracts glycerin from the oil. The product that is left behind can be used to fuel diesel engines. This is a great, green alternative to diesel. It’s cleaner and contains less contaminants than petroleum-based diesel.

Another use for soybeans is to make candles. Soy-based candles are gaining in popularity because they last longer and burn cleaner. Soybeans have also been found to be helpful when making special solvents to help reduce petroleum contamination in water. This solvent is important because it can help cleanup oil spills without harming humans or animals.

Soybeans have many uses and benefits. They are healthy for your body, great for fuel, and have tons of other uses. They are also a great source of protein and can replace many different types of food including dairy and meat. Soybeans are easy to grow and can be grown in most types of soil. They grow fast and are easy to use as soon as 45 days after being planted.

Want to Get Rid of a Tree Stump? Here’s What to Do 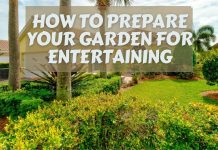 How to Prepare your Garden for Entertaining

Qualities You Need to Look For in a Water Filtration Systems 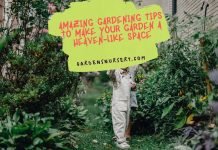 Amazing Gardening Tips to Make Your Garden a Heaven-like Space

How to Save Money When Buying Gardening Tools and Supplies